Bringing the Paris Agreement into Force at Marrakesh

CLICK HERE FOR THE RUNNING TOTALS OF PARTIES THAT HAVE RATIFIED

Update 5th Oct: Sufficient ratifications were received (including the overall EU) for the Paris Agreement to come into force on 4th Nov in time for the COP22 in Marrakesh. See here for UN announcement and here for EU announcement.

Update. Boris Johnson ratified the Agreement on behalf of the UK on 17th Nov 2016. The UK Youth Climate Coalition met with the UK representative, Nick Hurd, at COP22 in Marrakesh on the same day and and urged him to align UK emissions targets with 1.5C.

All the Parties are committed to ratify the Paris Agreement before April 2017 and it will come into force – regardless of missing entries – thirty days after at least 55 Parties to the Convention, accounting for at least 55% of the total global greenhouse gas emissions, have ratified. Each Party will also deposit either a new ‘Nationally Determined Contribution’ (NDC) document explaining how they will reduce greenhouse gases, or formally confirm that their previous ‘Intended Nationally Determined Contribution’ (INDC) still stands.

Click here to find the list of Parties (including the EU as well as each EU Country) and their signature/ratification dates.

Click here for the percentage GHG emissions used for this purpose.

Click here to search the interim NDC registry to find what each Country has promised.

On 3rd Sept 2016 President Obama of USA and President Xi Jinping of China handed over their ‘instruments of ratification’ to the UN’s Secretary General Ban Ki Moon, reported by the Washington Post as bringing progress towards the 55% of global carbon emissions to nearly 40% at that date. ABC news reported that

Xi said “A Chinese saying goes: ‘Only commitment and decision will lead to great achievement”.

Obama said “the accord was the “single best chance” the world has to “deal with a problem that could end up transforming the planet.”

Secretary of State John Kerry spoke at Marrakesh, following Donald Trumps election victory. On behalf of the United States, as at 17th Nov 2016 he gave a speech emphasising the importance to our young generation of ambitious action particularly by the new administration. At the same time the White House published the United States Mid-Century Strategy FOR DEEP DECARBONIZATION encompassing the Electric Power Sector, the Transportation Sector, the Buildings Sector, the Industrial Sector and non CO2 green house gas problems.

The EU is a Party in its own right and submitted the  EU wide INDC before the COP21 in Paris. The EU Commission’s proposal for the ratification of the Paris Agreement on behalf of the EU must firstly be approved by the European Parliament and Council. “Once approved, the Council will designate the person(s) who will deposit the ratification instrument, on behalf of the European Union, to the United Nations Secretary- General. In parallel the EU Member States will ratify the Paris Agreement individually, in accordance with their national parliamentary processes.”

The EU arranged a gathering on 30th Sept in preparation for the EU Parliament to vote at the 3rd-6th October plenary session for all members of the European Union to ratify the accord as soon as possible, according to Bloomberg. This was decided at an informal summit of 27 leaders from the bloc in Bratislava on 16th Sept that did not include the UK. “The fast-track route would need formal backing by the bloc’s 28 national environment ministers, with Slovakia calling an extraordinary gathering for Sept 30.  The EU Parliament’s next plenary session is scheduled for Oct. 3-6 in Strasbourg..” EU Climate Commissioner Miguel Arias Canete, stated at the UN General assembly in New York according to the Climate Home “By the month of October it will be ready..” On 30th Sept Bloomberg reported that all 28 states had agreed to vote on the 4th Oct to finalise approval on the 7th Oct, allowing the Agreement to come into force 30 days later. Jeremy Leggett reported that it was “agreed that the EU can ratify collectively without waiting for individual member governments.”

This demonstrates that the EU wishes to be a leading player in the fight against climate change and, according to Reuters 9th Sept 2016 “EU regulators are poised to propose a binding target to cut energy use by 30 percent by 2030, a more ambitious goal than previously discussed, according to a draft document seen by Reuters. However Climate Home said that these plans were “on ice” Miguel Canete said “We will wait till 2018 to see the IPCC panel review on pathways for 1.5C… then we will make an economic and social assessment..”

On 20th Sept 2016 Theresa May promised the UN General assembly “in a demonstration of our commitment to the agreement reached in Paris, the UK will start its domestic procedures to enable ratification of the Paris agreement, and complete these before the end of the year.”

Under the Climate Change Act 2008 the Committee on Climate Change (CCC) was set up to advise the UK Government on reducing greenhouse gas emissions and preparing for climate change. This act: “commits the UK to reducing emissions by at least 80% in 2050 from 1990 levels“  and the CCC produces ‘Carbon Budgets’ that the Government must approve and then turn into action.

The UK passed the Fifth Carbon Budget, in July 2016, containing UK Emissions by Sector that breaks down the challenges for each sector. However the CCC is far from confident that the UK is on course to meet the legally binding Budgets, so the details for its Nationally Determined Contributions are not yet agreed. “We identify a gap of around 100 MtCO2e (47% of the required emissions reduction) between Government plans and the path required to meet the recommended fifth carbon budget in 2030”

The Meeting Carbon Budgets June 2016 progress report executive summary notes that “The Government has recognised that current policies are not sufficient and has committed to publish its plans to meet the fourth and fifth carbon budgets by the end of this year.” (Table 1 of this progress report lists required policies).

On 13 October 2016, the CCC published new analysis looking at the implications of the Paris Agreement for UK climate targets and strategy. Concrete Action needed to meet UK climate commitments following Paris Agreement and Brexit vote said that ‘it is not yet appropriate to set new UK targets.’ Meeting Carbon Budgets – Implications of Brexit for UK climate policy said that the carbon budgets ‘must continue to be met after the UK has left the EU.’

When the UK Youth Climate Coalition met with Nick Hurd on the day that the UK ratified the Agreement their demands included:

Will the UK Hold up its Head at Marrakesh?

On Sept 7th the opposition day debate on Paris Agreement on climate change noted that “if the UK lags behind its G20 partners in ratifying the Paris Agreement it risks losing diplomatic influence on this crucial future security issue; recognises, in light of the EU referendum vote, the need to maintain a strong international standing and the risk of rising investment costs in UK energy infrastructure..”

Although the UK portion of Greenhouse Gas Emissions is only estimated as 1.55% of emissions, its role in the world and its technical eminence means that the UK could lead the way in reducing GHGs, could offer an ambitious NDC and open up new markets and technologies. Whilst Morocco will be showing off its impressive solar capacity, the UK has a recent record of going backwards on Climate Change and investing in unproven, expensive Nuclear for an uncertain date. 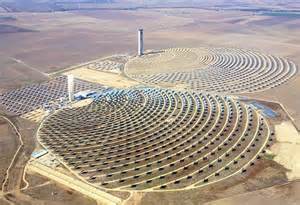 According to CNN Money March 2016 Morocco is “trying to wean itself off imported fuel, and reduce emissions at the same time…. most impressive is that the complex can continue to operate after the sun sets. Heat from the system can be stored for hours in tanks filled with molten salts. That allows steam to be generated for hours and keep turning the turbine at night. “

It is a pity that the UK is not more reliable in honouring its Climate Change Act obligations or more ambitious in showing leadership, but in a World with Trump in power it is good news that the UK is not turning a blind eye to the threats to the planet.

« The UK drifts off into uncharted waters » Before the Flood