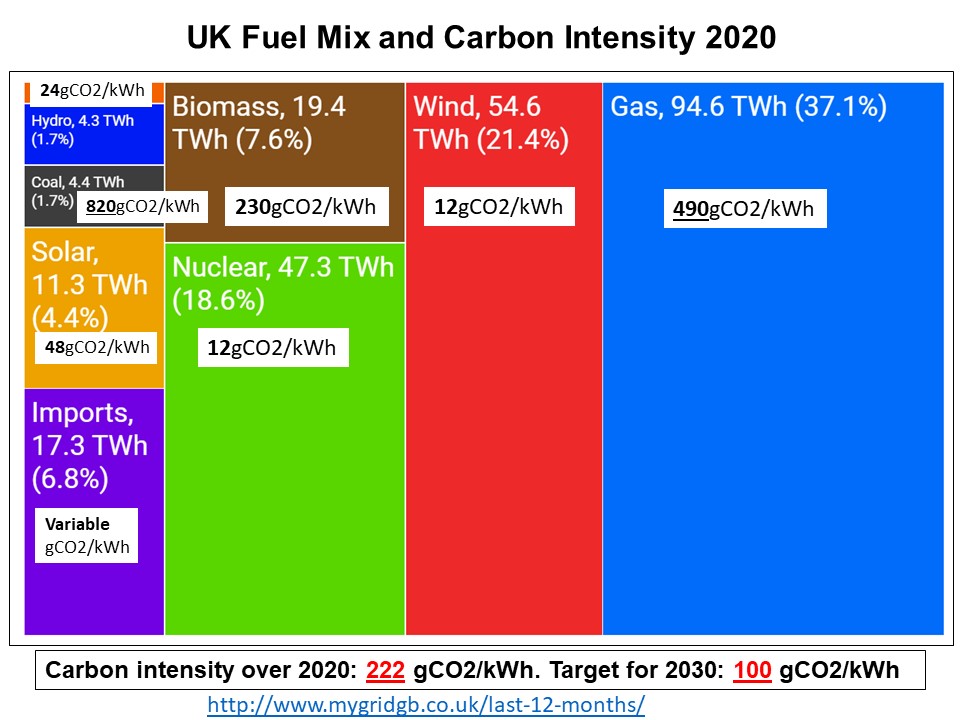 To switch to a supplier with the fuel mix you want see Switch your Electricity.

Or the National Grid ESO here or Grid Watch here.

Electricity increase needed by 2050. UK electricity generation must increase threefold to provide for the move away from gas for heating and oil for transport. The CCC report shows the estimated increase in TWh by 2050. 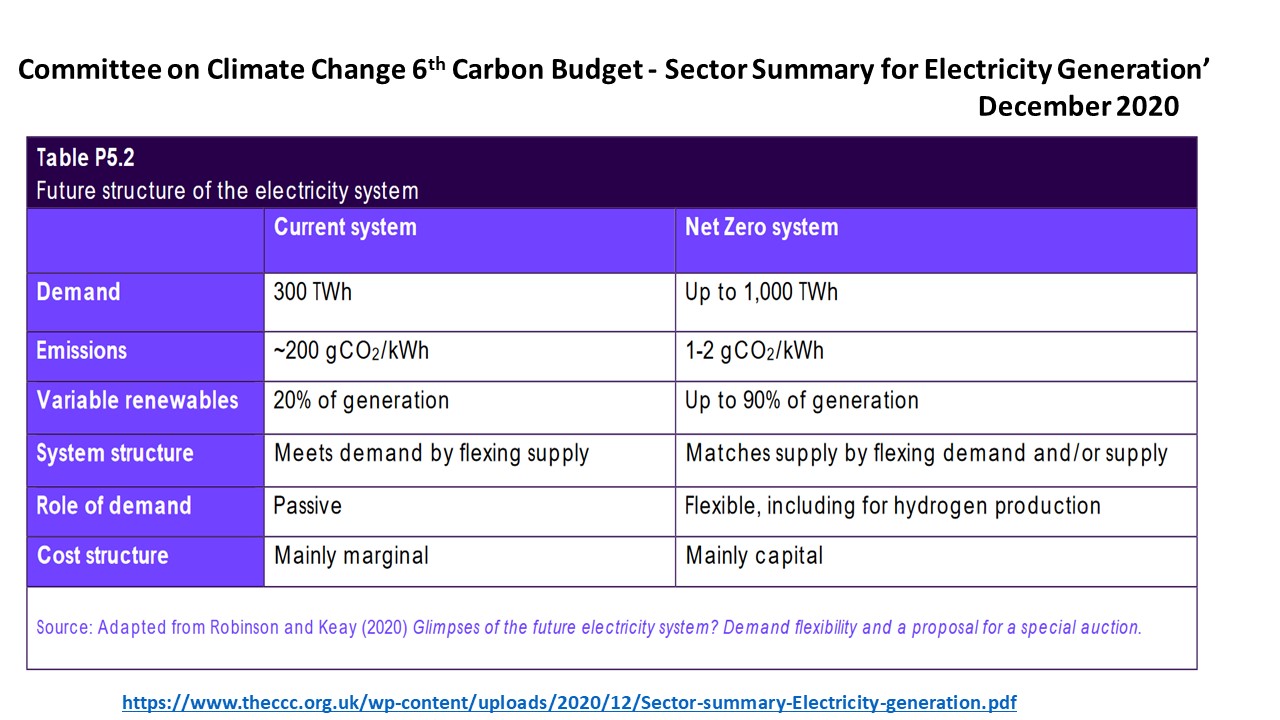 Decrease in carbon. So clearly coal, and then gas, must be phased out and replaced with the low carbon renewable sources. The CCC targets for carbon intensity across this period in the CCC’s Climate Change’s Sector on Electricity December 2020 are:

Low Carbon Fuels - the good guys to be ramped up

Electricity from the Sea – Tides and Waves.

However, the Committee on Climate Change Nov 2020’s Sector Summary for Electricity Generation (p28) is not optimistic about tapping into that potential from the UK “Technologies such as tidal and wave that have not been commercialised at large scale could provide predictable power to a variable renewables-driven system. However, costs would need to decrease substantially to be competitive against other technologies.“  The Ocean Energy Cost Assessment agrees, whilst suggesting they may become viable “tidal and wave needs to demonstrate further cost reductions.”

Regardless – Wales and Scotland have optimistic companies working with both Tides and Waves. Ocean Energy describes UK activities. In Scotland, for instance, the European Marine Energy Centre (EMEC) Ltd  “is the first and only centre of its kind in the world to provide developers of both wave and tidal energy converters – technologies that generate electricity by harnessing the power of waves and tidal streams – with purpose-built, accredited open-sea testing facilities.” and ORE Catapult claims to be “The UK’s leading technology innovation and research centre for offshore renewable energy.”

The Tide and Wave stripes below have more on ongoing trials,  projects and costs.

Discussion of issues in getting continuous supply of low carbon electricity