Why discourage Plastic Bags?
There is no ‘away’ in the idea of ‘throw away’. They end up in the Ocean. A report on the BBC news on 1st Oct said that “recent worldwide research that estimates that 90% of all seabirds have swallowed plastic – and that by 2050, it’s virtually certain that any bird found dead will have plastic in its stomach.”

At the recent talk about the Antarctic wilderness the speaker Charlie Drew showed this slide, showing the concentration of plastic particles in the World’s Oceans. 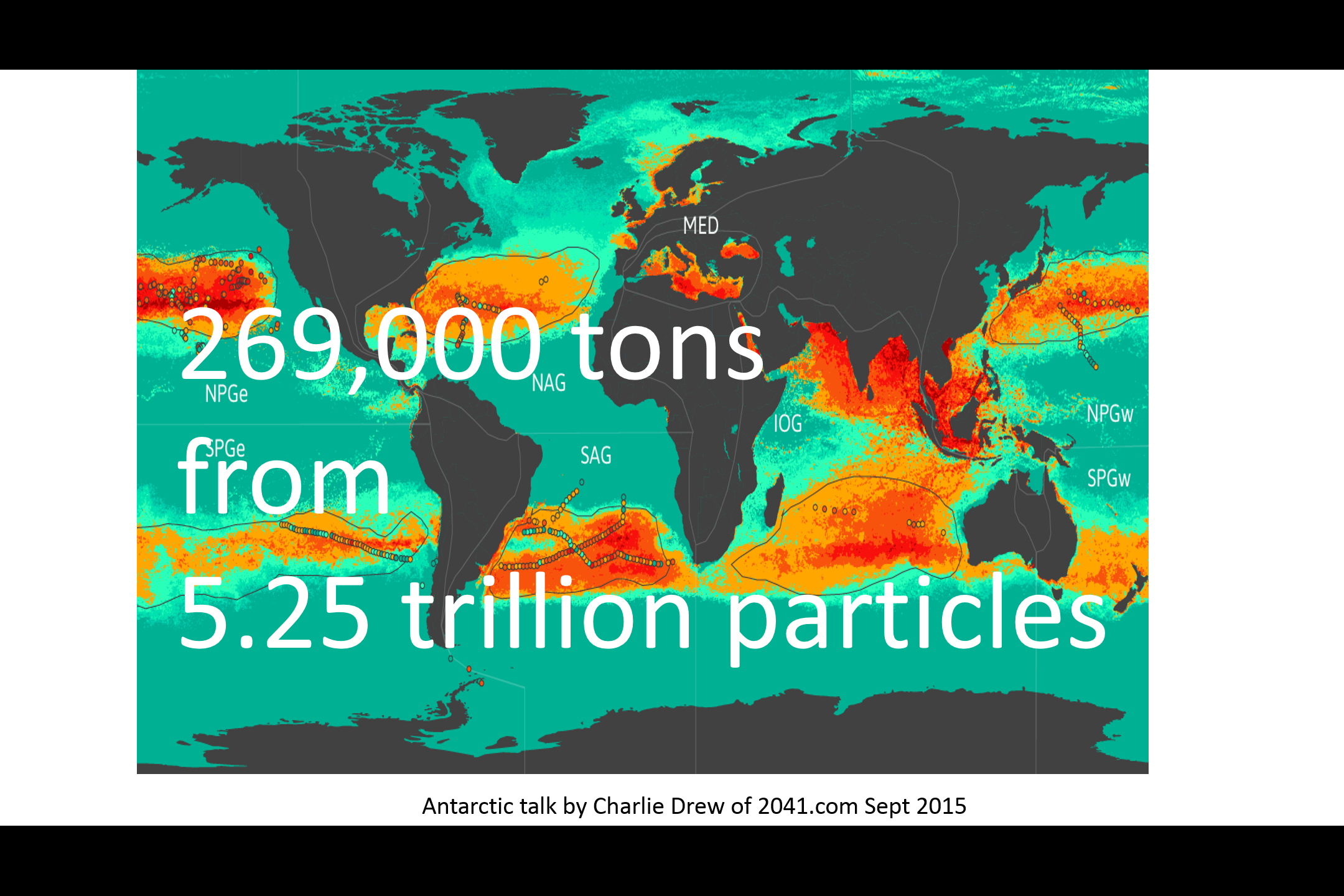 Why England only?
Wales and Scotland have had charges for plastic bags for years. From personal experience of the changeover in Wales, badly informed shop assistants were bemoaning the unfairness, but it soon became habit. In July 2012, the Welsh Government released a brief summary covering 13 retailers which showed reductions of 35 – 96% since the launch of the carrier bag charge.

What about all the rest of plastic waste?
It is true that the bulk of the waste comes from other countries. We can only set an example. If plastic resource was recycled world wide it could be an asset and not a disaster. See Recycled Plastic conference.

Why only businesses with more than 250 employees in England? In Wales it covers every outlet, other than raw fish and meat retailers.

Where do all the increasing takeaway plastic containers go?

« The Antarctic Wilderness: Can We Save it from Destruction? » The Sad Story of Solar at Holly Lodge