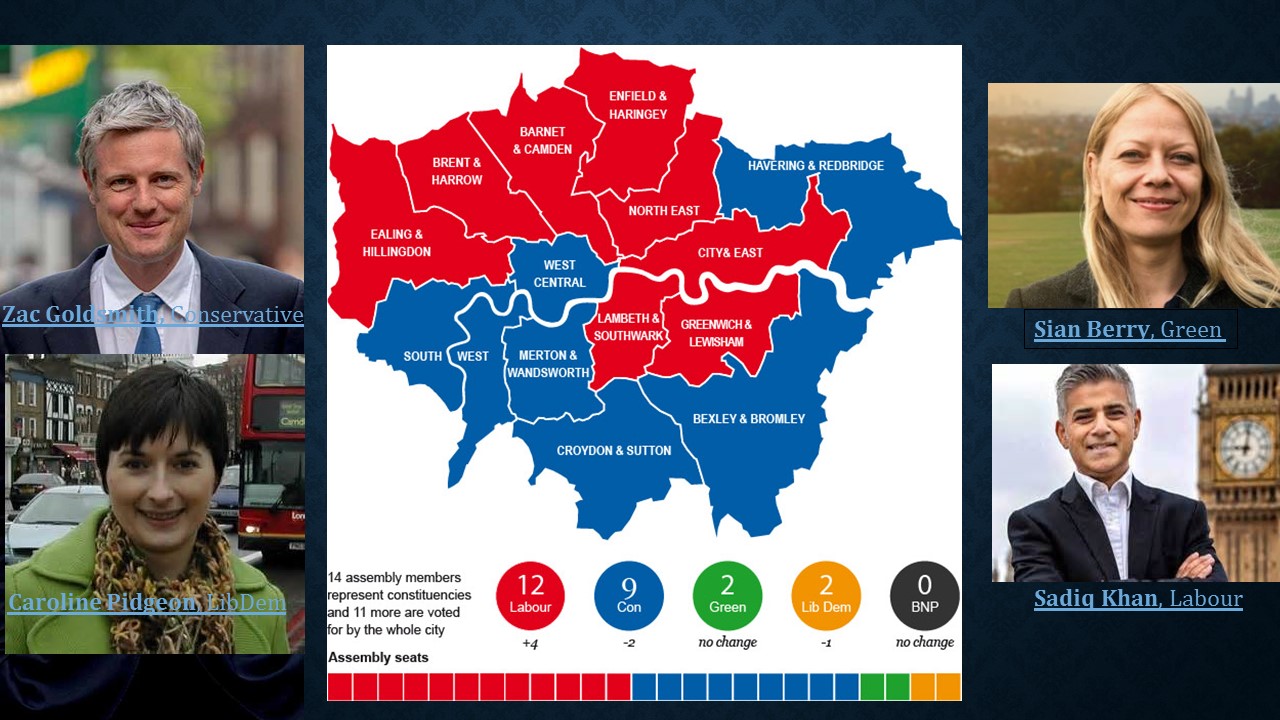 Sources: Map from May 2012 BBC report, pictures from election material

The new London Mayor will have a variety of powers that would help him/her clean our polluted air and lower our carbon emissions. Many powers are ‘soft’ ones such as ‘influence’ and ‘promotion’, but they also include the power of £11.5bn expenditure (p21 of the draft GLA 2016/17 budget being prepared for the new Mayor). Apart from (limited) powers over areas such as Transport and Planning the Mayor will be constrained by UK, EU powers and existing agreements and the candidates can only state their aspirations and ideas at this point, to try to convince London voters that they are the best candidate. The winner will have to try to turn rhetoric into results by dint of their limited powers, their procurement muscle and their leadership and influence skills .

This post has samples from the public domain of statements and promises from the four frontrunners Sian Berry – Green; Zac Goldsmith – Conservative; Sadiq Khan – Labour and Caroline Pidgeon – LibDem, regarding Global Warming and Climate Change; Renewables and Community Energy and Low Pollution Transport. It also has responses to Greenpeace’s questions to the Mayoral candidates at Sadiq Khan, Zac Goldsmith, Caroline Pidgeon..

A summary transcript of the Green Alliance’s Green Hustings. (1hr 34mins) is also included at More.