The importance of COP26 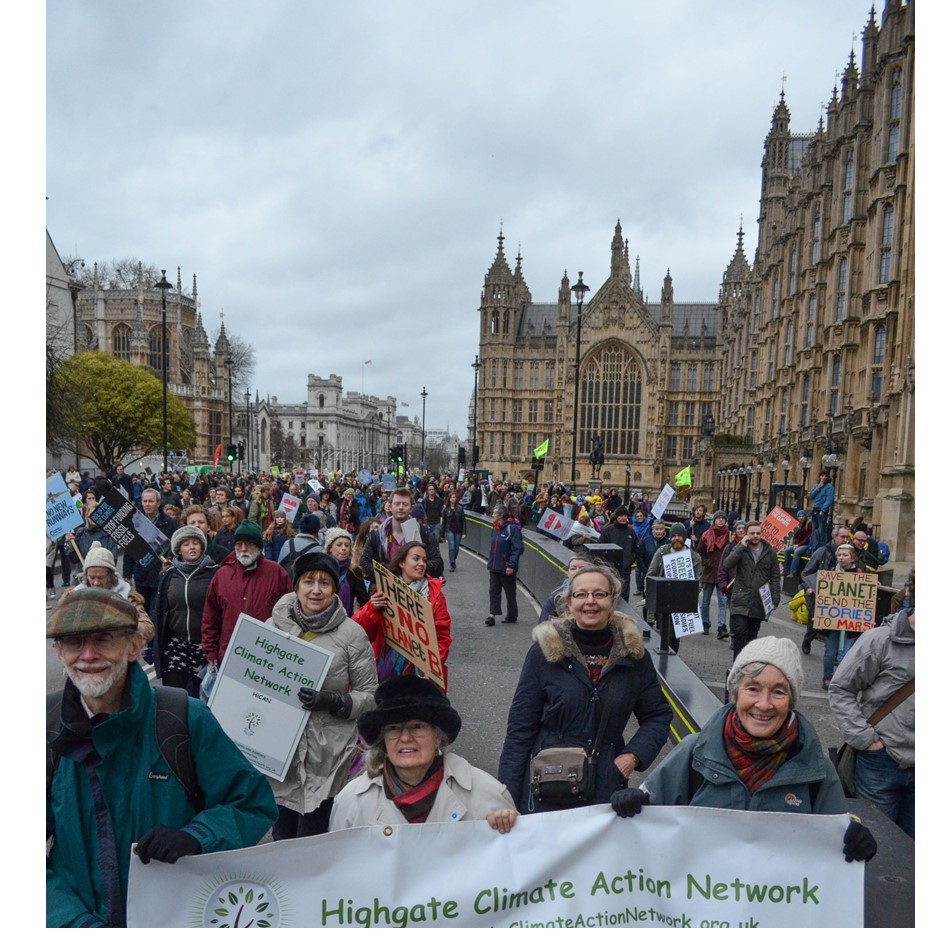 The UK is leading as the president of Conference Of the Parties 26 (COP26) which will be held at the Scottish Event Campus (SEC) in Glasgow on 1 – 12 November 2021, partnering with Italy. Italy will host the Youth Event and the Pre-COP Summit.

The Nationally Determined Contributions (NDCs) for every Party need to make sure that their greenhouse gas emission pledges to the UN are ambitious. They were due to be lodged by end 2020, but the implications are that any time prior to the COP26 would be acceptable. The UK lodged its first NDC the day before the Summit and can be seen here.

On Sat 12th December 2020 the UN convened a virtual Climate Ambition Summit calling on all Countries to submit  NDCs that would give some chance of limiting global warming to 1.5°C. There were short speeches from the Leaders who were making promises, whereas Countries like Australia were not given a slot.

Boris Johnson gave an encouraging 1 min speech for the UK on opening – see above.  All the talks from Leaders and other parties – including Al Gore for the US and Alok Sharma, UK president of COP26 can be watched from here.

So will COP26 enable us to step back from the brink and avert climate catastrophe?

Dieter Helm assesses the chances, post Covid and post Biden victory, of the best chances to hit the 1.5deg targets in his 16min audio talk – click on COP 26 and global climate agreements – will they work?

The Countries that signed in the Paris Agreement were due to submit a more ambitious NDC by the end of 2020. They were permitted to just confirm their submissions if already up to 2030, but desperately needed to submit more ambitious ones to have any chance of stemming runaway global warming. Although COP26 was delayed till 2021 this date stood, but Carbon Brief reported in Jan 2021 that only 44 out of 192 Countries had submitted a new NDC by Dec 2020. 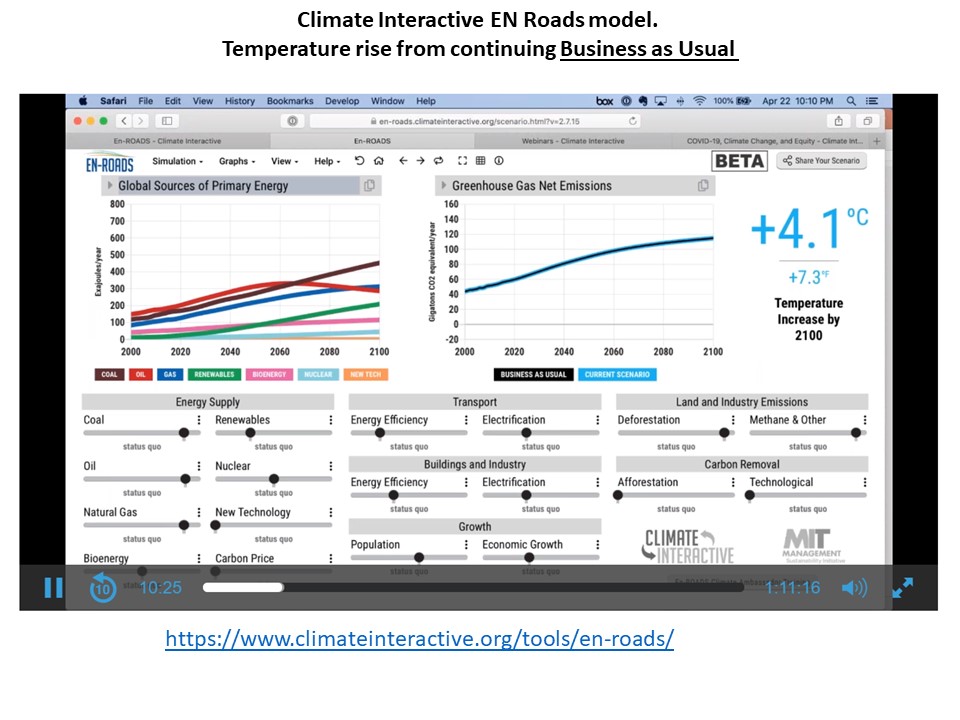 The world is currently heading for catastrophe!

Mission 2020   has a plan for what needs to happen globally for:
° Energy
° Infrastructure
° Transport
° Land Use
° Industry
° Finance

The Nationally Determined Contributions (NDCs) for every Party need to make sure that their greenhouse gas emission pledges are ambitious contributions to bring this projection down – and soon!

The UN held a Climate Adaptation Summit  on 25th and 26th Jan 2021, hosted by the Netherlands. 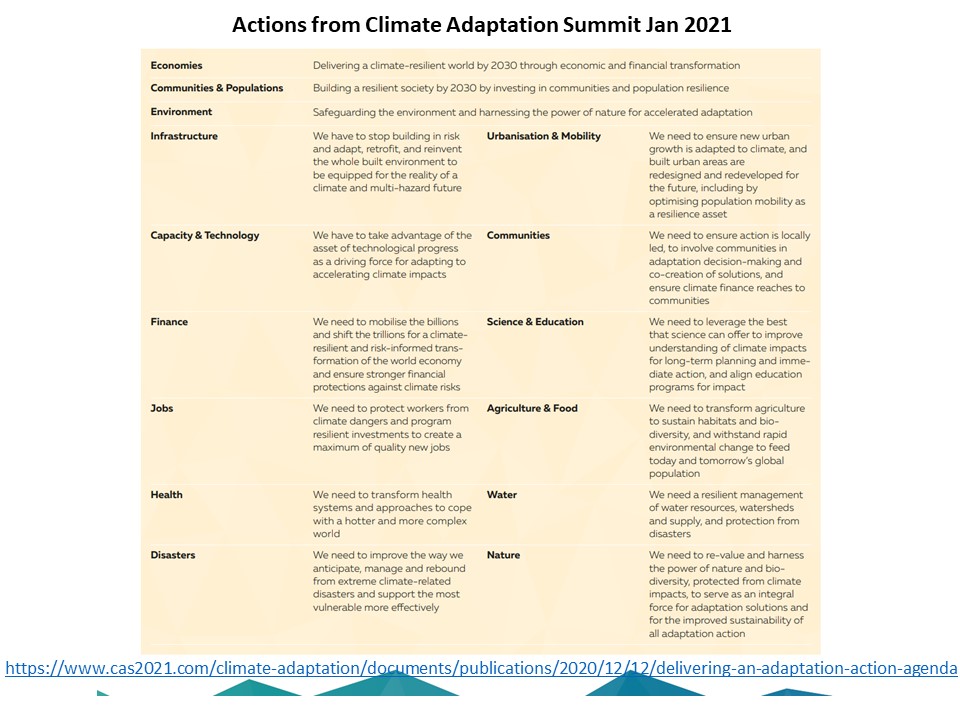 The Guardian reported that John Kerry attended as US Climate representative and said “We’re proud to be back. We come back with humility for the absence of the last four years, and we’ll do everything in our power to make up for it.”

“He called on countries to “treat the crisis as the emergency that it is” by reducing greenhouse gas emissions, and warned that the costs of coping with the climate change were escalating, with the US spending more than $265bn (£194bn) in one year after three storms. “We’ve reached a point where it is an absolute fact that it’s cheaper to invest in preventing damage or minimising it at least than cleaning up.”

He said the US was working on a national plan, known as a nationally determined contribution to be submitted to the UN under the Paris agreement, for emissions reductions to 2030. That would be published “as soon as practicable”“