The Paris Agreement was initially signed for the UK by his excellency Lord Bourne of Aberystwyth, Parliamentary Under-Secretary of State for Energy and Climate Change, on 22nd April 2016, ratified for the UK by Boris Johnson, Foreign Secretary, on 17th Nov 2016, with the UK pledges submitted as part of the EU pledges.

UK Legislation and the Committee on Climate Change

The UK manages its emissions reductions through the Climate Change Act 2008 which: “commits the UK to reducing emissions by at least 80% in 2050 from 1990 levels“. In June 2019, the UK Government committed to a Net Zero carbon emissions target across the economy by 2050. (Net zero means any emissions would be balanced by schemes to offset an equivalent amount of greenhouse gases from the atmosphere, such as planting trees or using technology like carbon capture and storage.)

The Committee on Climate Change (CCC) is the independent, statutory body set up to advise the UK Government on reducing greenhouse gas emissions and preparing for climate change.

The CCC proposes ‘Carbon Budgets’, which get approved by Parliament, and the Government then needs policies and legislation to deliver the reductions. The CCC launched the ‘Sixth Carbon Budget’ on 9th Dec 2020 for the years 2033 to 2037. If the Government takes the actions recommended by the CCC, the UK could be on track to be ‘net zero’ by 2050. If other Countries followed this path global warming could slow down, and perhaps not reach 2degC above pre-industrial levels.

The CCC considered 4 scenarios and recommended steering a ‘balanced pathway‘ that acknowledges these all, is ambitious yet achievable. 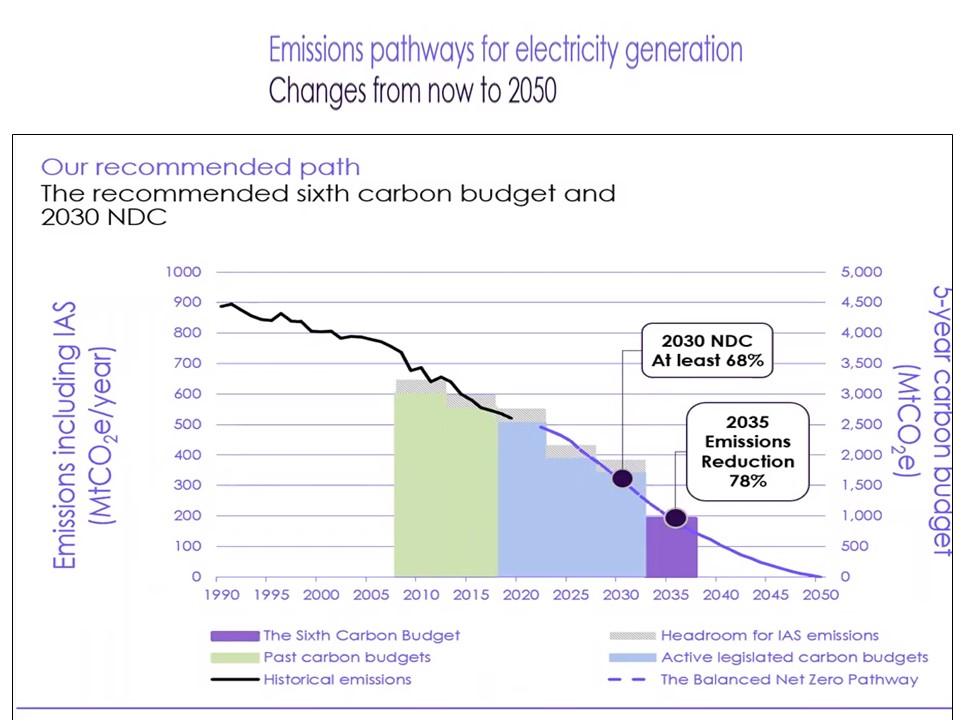