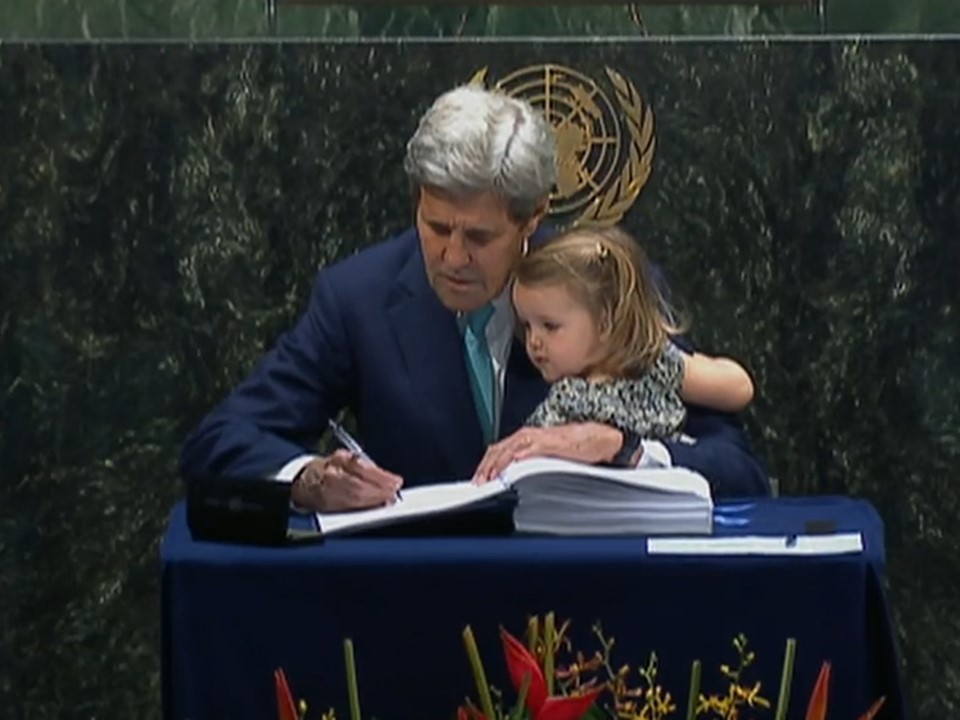 John Kerry signed the Paris Agreement for the USA with his granddaughter in April 2016.  It was ratified on 3 Sep 2016.

USA Baseline
As the second highest emitter in the world, lack of ambition from the USA could be disastrous.