The UK in a Brexit World 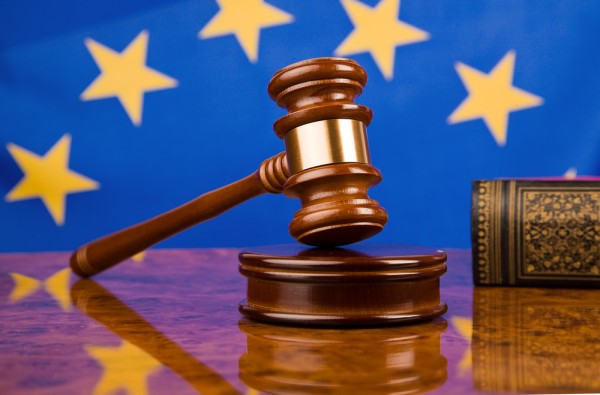 UK legislation has been intertwined with EU legislation and directives for many years and unravelling the complexity will require many ‘faceless bureaucrats’ and relentless attention from UK politicians and citizens.

Carbon Brief lists 94 unanswered questions related to Climate and Energy Policy under Brexit. The topics of the Pledges to the UN, Finance and some of the laws to reduce Carbon emissions and Air Pollution are covered here. Suggestions are highlighted for ambitious outcomes whilst existing EU laws are transferred into UK laws together with opportunities for higher ambitions.

38 Degrees has a DIY Brexit listing the top suggestions from members in terms of NHS, Economy, Trade, Rights, Immigration and Environment, Wildlife and Farming.

In Oct 2016, the Labour Party submitted a list of 170 Questions regarding Brexit to the Government noting that there were 170 days at that time before Article 50 would be triggered.

The EU and its member states were acting jointly on Climate Change, with the 2030 Framework for the period between 2020 and 2030 – setting three key targets across the EU:
• a 40% cut in greenhouse gas emissions compared to 1990 levels
• at least a 27% share of renewable energy consumption
• at least 27% energy savings compared with the business-as-usual scenario

These were to be delivered via both the European Trading Scheme (ETS) for Aviation and Power Plants (across borders) and the ‘Effort-Sharing Decision’ for each member state up to 2020. (Annual Emission Allocations per EU country ) The EU published a monitoring update on progress in Dec 2015.

The EU Commission is committed to legislate this 2030 framework, including:

The EU ratified approval on behalf of ALL 28 member states on 4th Oct 2016, as a party to the Paris COP21 agreement. “In parallel the EU Member States will ratify the Paris Agreement individually, in accordance with their national parliamentary processes.” See here for the running totals of Parties ratifying. Click here to find the list of Parties (including the EU as well as each EU Country) and their signature/ratification dates and here to search the interim NDC registry to find what each Country has promised.

So the UK is committed to submitting the UK Nationally Determined Contributions whether still IN or OUT. In the meanwhile the Government committed to complying with the 5th Carbon Budget, signalling that it might not renege completely since the announcement of Brexit. However the CCC is far from confident that the UK is on course to meet the legally binding Budgets, so the details for its Nationally Determined Contributions are not yet agreed. “We identify a gap of around 100 MtCO2e (47% of the required emissions reduction) between Government plans and the path required to meet the recommended fifth carbon budget in 2030”

Clean individual vehicles on the road

EU Directive 2014/45/EU on periodic roadworthiness tests for motor vehicles and their trailers required the DVSA/Dept Transport, by May 2017 to introduce legislation for much improved air quality tests in MOTs from May 2018. This could be the point at which MOTs could use updated smoke test technology to be more sensitive – according to The Guardian in April 2016.

Subsidy of diesel being cheaper per mile. On 7th June (pre Brexit) the Transport Secretary said that “Brown had made a mistake as Labour chancellor when he cut the duty on low-sulphur diesel by 3p in his 2001 budget.” and “it is something we have got to look at”.

Introduce legislation to include pollution emission testing at MOTs, or ban vehicles from Cities if they don’t have this enhanced bill of clean health.

HMRC/Chancellor to make fuel duty for diesel more (or same) per mile as for petrol.

EU emission regulations for vehicles specify ‘Euro 5’ that reduced the emission of particulate matter from diesel cars from 25mg/km to 5mg/km and ‘Euro 6’ that mainly reduced the emissions of NOx from diesel cars, from 180mg/km to 80mg/km.” However, in Oct 2015, when the EU passed the legislation to bring in Real World Driving Emission (RWED) tests for car emission tests they also raised pollutant limits to 120mg/km so that diesel cars would not fail and become unsaleable.

Only allow vehicles with max of 80mg/kw emissions (under RWED tests) to be sold in the UK, and/or driven in Cities.

UK air is getting secondary inorganic aerosols (SIA) and specifically ammonium nitrate pollution from farms in the UK and across the channel according to “How important is the ‘foreign’ contribution to UK particulate matter pollution?” Defra were aware that this is happening, according to ‘Mitigation of Uks PM2.5 concentration‘ 2013 but pressured MEPs to vote against reductions in Oct 2015. Professor Jos Lelieveld, at the Max Planck Institute for Chemistry in Germany, believes that “Across the UK, 48% of the premature deaths were ultimately the result of agricultural pollution.”

Work with the EU to have parallel, strong, ambitious legislation around agriculture – not subsidising or allowing high levels of pollutants or carbon emissions.

The EU emissions trading system (ETS) covers the 45% of total EU emissions from aviation, power and industry  and the target is for these emissions is to be 21% lower than in 2005. “the EU ETS covers more than 11,000 power stations and industrial plants in 31 countries, as well as airlines.”

EU Directive 2001/80/EC is “on the limitation of emissions of certain pollutants into the air from large combustion plants”.  According to Sourcewatch this sets emission standards for nitrogen oxides, sulphur dioxide and particulates from all power stations with an installed capacity greater than 50 megawatts. Power stations that don’t meet the specified emission standards must either retrofit appropriate pollution control equipment or close down.

Although Amber Rudd stated in Dec 2015 that the UK aimed to close the use of coal by 2025 – this was only if we had Nuclear and fracked gas in use by then.

Directive 2009/28/EC is “on the promotion of the use of energy from renewable sources” but seems somewhat dated and support for new renewable energy is supposedly affected by EU State Aid and Levy Control Framework. (The Levy Control Framework supports investment in renewables through Renewable Obligations (RO) and Feed-In-Tariffs (FITs), managed by Decc and the Treasury.)

The EU had told the UK that VAT on ‘energy saving materials’ should be at 20% to comply with EU State Aid regulations. However Greenpeace reported in March 2016 that the Chancellor had announced that solar panels, wind turbines and water turbines will continue to be at the reduced 5% VAT.

Reduce VAT for all energy saving products and services.

The EU emissions trading system (ETS) covers aviation. However, in “October 2013 ….. the EU has decided to limit the scope of the EU ETS to flights within Europe until 2016. Exemptions for operators with low emissions have also been introduced.“ The EU issued an Aviation Emissions consultation ending 30th May 2016, covering GHG emissions but not pollutants.

The Aviation Environment Federation studies Air Pollution and says that it should be a major factor in new runway decisions. However a modelling exercise in Oct 2016 by the University of Cambridge suggested that the expansion would still allow Heathrow to be within the EU pollution limits. “As new, cleaner car, lorry and bus engines become more common, pollution levels should decline, wiping out any increase from a bigger Heathrow.” In other words pollution would definitely increase, whilst reductions from cleaner cars would be challenging and then wiped out by flyers.

The New Economics Foundation suggests a Frequent Flyer tax to dampen down demand for leisure flights and avoid the need for a new runway: “By 2050 it is expected that a quarter of all UK carbon emissions will be due to aviation”…… “It is estimated that 70% of all flights in 2013 were taken by just 15% of the population, while 57% of the population took no flights abroad whatsoever.” … “Air travel currently benefits from a highly favourable taxation regime in the UK, with exemptions from VAT and fuel duty. The current system of Air Passenger Duty amounts to a small average charge on each flight.”

Work with EU on aligned tax/trading scheme for aviation.

And the Energy Efficiency Directive 2012/27/EU requires that EU countries must draw-up long-term national building renovation strategies which can be included in their National Energy Efficiency Action Plans. Progress reports for each EU state are here.

UK legislation needed to reduce GHG and pollutants in building:

Reinstate the UK Zero Carbon building regulations ‘Part L Conservation of Fuel and Power‘, covering new and existing Dwellings and Other Buildings. These had stated that, from 2019 all new buildings must be ‘zero carbon, but this was cancelled in July 2015.

Other Sources of Air Pollution

Reintroduce parallel, or improved legislation on Maritime, Non Road Mobile Machinery, Subways and any other source.

Monitoring the Quality of Air achieved as a result of legislation

Directive 2008/50/EC is “on ambient air quality and cleaner air for Europe” listing allowable pollution limits. The responsibilities are devolved under obligations down to Local Authorities under “Part IV of the Environment Act 1995 and Part II of the Environment (Northern Ireland) Order 2002”, although the local authorities have little control on many sources of emissions. Defra manages the network of air quality Automatic monitors contracted to the Environmental Research Group of King’s College London and Local Authorities write reports on results in their area.

The EU spends as much as 20% of its budget on investments related to Climate Change. It disburses grants eg Horizon20:20 and European Local Energy Assistance ELENA.

Funds from the ETS trading scheme is distributed under the NER300 (New Entrants Reserve) for programmes such as Carbon Capture and Storage demonstration.

The European Investment Bank (EIB) raises its funds through the issue of Climate Awareness Bonds, finances large projects with direct Project loans  and other services such as Structured finance and Private Finance for Energy Efficiency (PF4EE)

Replace funding and services lost from the EU with an effective Green Investment Bank.